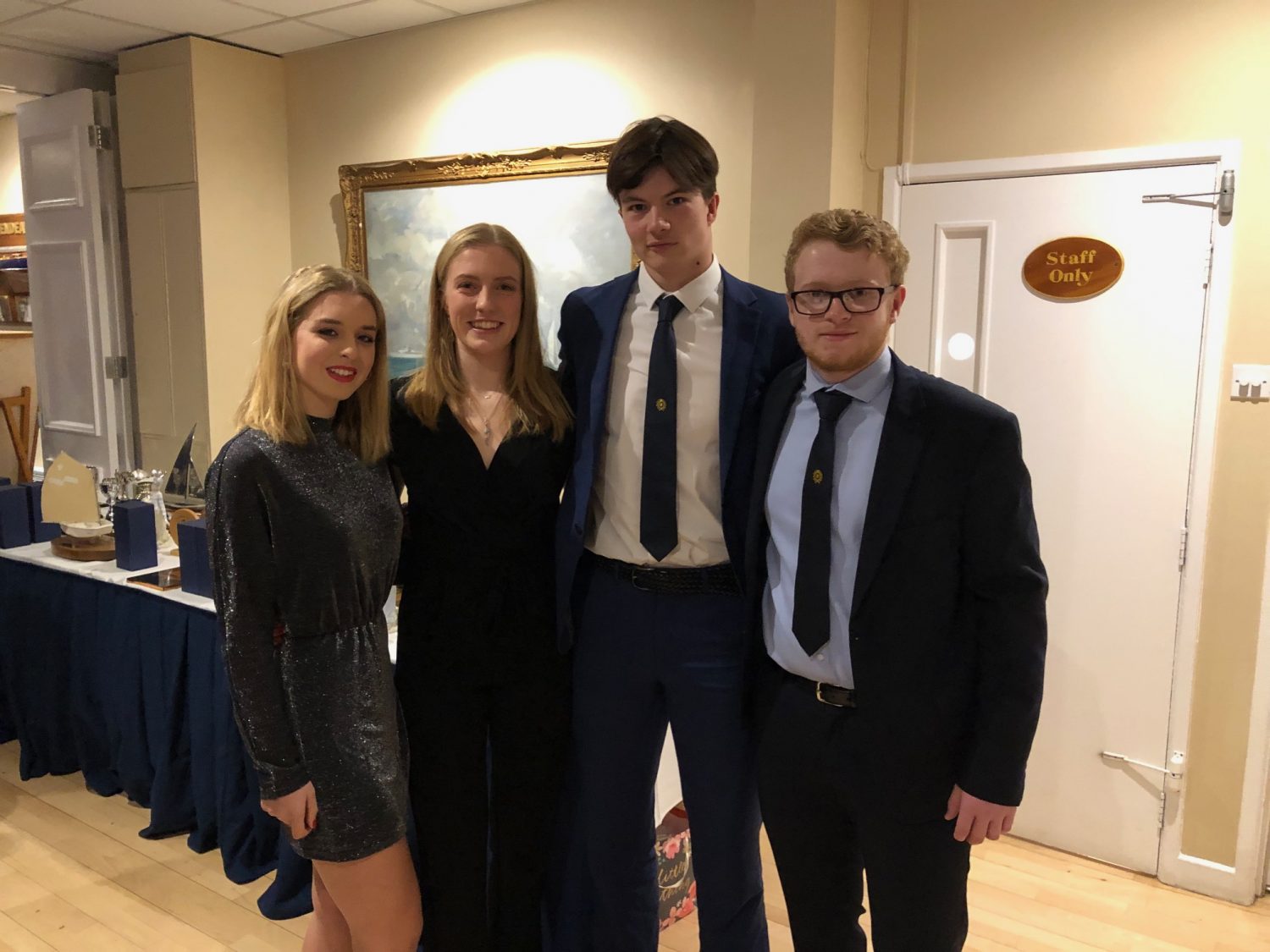 The Corinthian Otters marked the final day of their official 2019 sailing season with the traditional Brass Monkey Race.  Fittingly the temperature was freezing although the sun continued to shine brightly throughout the morning once the early morning mist had cleared.  The river looked truly beautiful, but a distinct lack of wind meant for some frustration on the race course!

As the Laser and RS200 sailors were neatly combining their Brass Monkey racing with the first in the RCYC Snow Globe series it was an Optimist only group that fought it out for the top spot in front of the club house.   With the fleet questioning Chairman Justin as to whether it might be better for them to go swimming rather than sailing when the racing finally got underway it was River 1 sailor, Sammy, who managed to nail the start.   Sailing around the other 11 Oppies to reach the first mark he hold onto a 2ndposition at the finish narrowly missing 1stby the smallest of margins to Race fleet sailor Ralph.  With the racing completed Justin finally answered the question and the Oppie group went swimming off the pontoon!!!

Meanwhile the Snow Globe fleet went up river in search of the wind.  The first race was to prove a waiting game with the Otter Commodore, Tom Rands, commenting that he spent most of the time attempting not to move in order to avoid disturbing the boat.  For the second race the wind filled in slightly leading to some close and competitive racing.  Heading back in from the racing Tom realised he had to disqualify himself from the Brass Monkey results by having sailed with a non Otter crew magnanimously handed over the trophy to the first placed all Otter crew of Milly and James later that night.

A special mention for the Brass Monkey Race Officer, our very own Paul Drew, who was a star as, after correctly abandoning the first race, he waited for the wind to fill in so that a race could be had – a perfect length and, despite the wind switching 180 degrees the running start and the beat in the middle, was a classic Burnham Race!

With the fleets retiring to the clubhouse for a quick spot of lunch it was then off home to prepare for the glorious Prize Giving Dinner – a sell out with 116 seated and yet more guests crowding in for the trophy presentations that followed.

Having given the traditional end of season round up speech the Otter Commodore and Flag Officers set about the business of presenting the awards and trophies – and there was a lot to get through!!   Starting with the Pond Group and moving all the way up to the Laser and RS200 fleets it was superb to see so many children get recognised, not just for their sailing prowess but also for their courage and spirit – a trait the Otters are hugely proud of!

Clearly 2019 has been a hugely successful year with a number of Otters winning places at the various racing squads and there was a huge well done to all of them for their hard work and perseverance for making it so far.  All our National and Zone Squad Otters are listed below.

The Otters owe a huge thanks for the  support and dedication they receive from the members of the Otter Management Committee, Trainers, helpers and parents throughout the year.  Chairman Justin had a special mention for three long standing members of the Otter Management Committee who step down from their duties at the end of this year – Kate Rands, our Membership Secretary and Otter Week Co-ordinator, Steve Rands our Bosun, and Matthew Barr, our long serving Cadet Captain.  All three have given huge amounts of their time and energy to the Otters over the years and will be sorely missed.

The final award of the evening, a very special one, caught the Commodore by surprise when he was presented with the Black Otter Medal for his loyalty, service and dedication to the Corinthian Otters. Tom, affectionately known as Tommodore, was clearly delighted to receive the prestigious award. 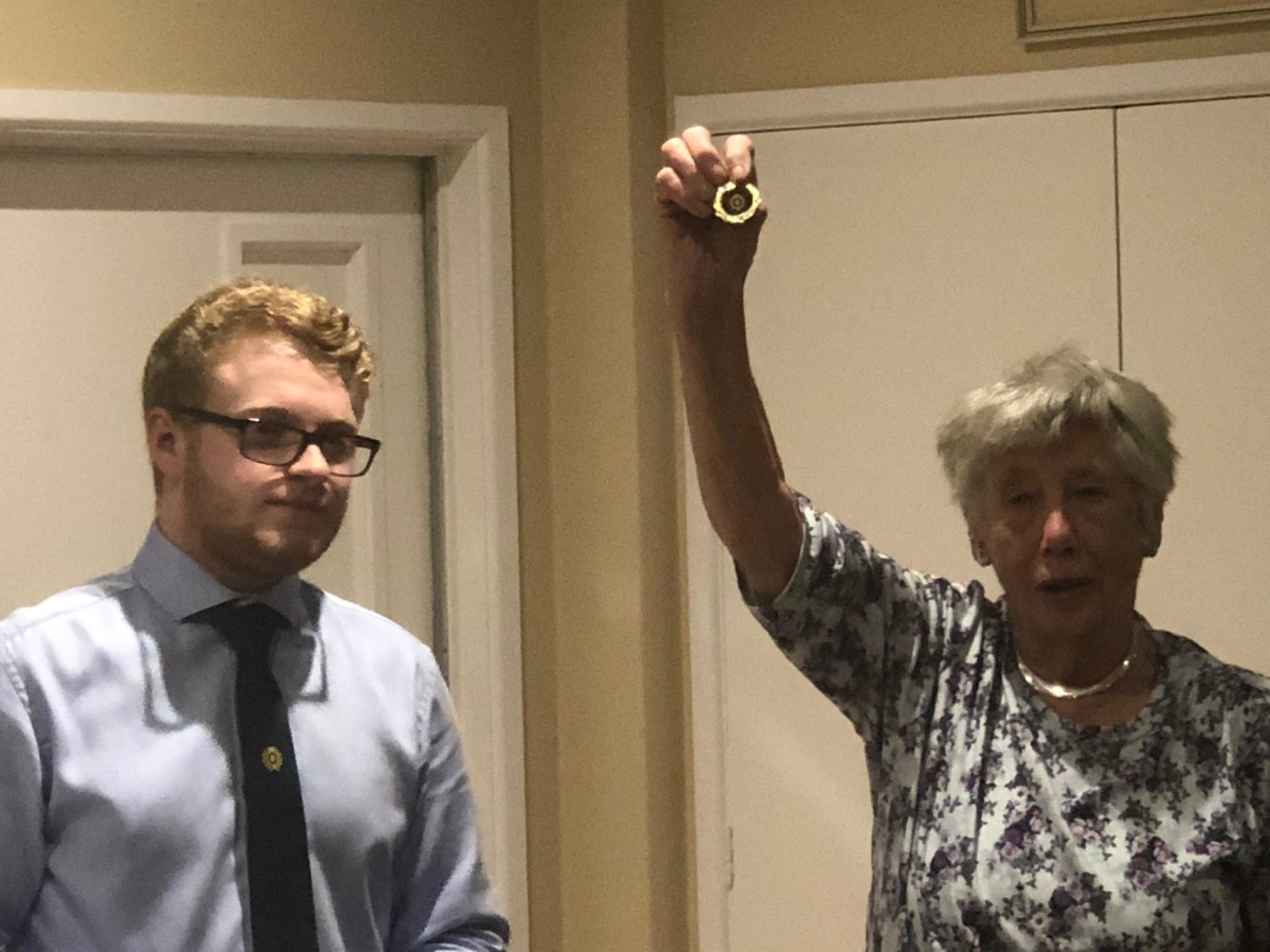 With the finally thank you made and the last of the trophies awarded there was only one thing left to do – get down to the disco!  And there we partied on late into the evening before the traditional final song of Wonderwall rang out when, upon the shoulders of their peers, the helm was passed from Tom Rands, Otter Commodore 2019, to Martha Waples, Otter Commodore 2020. 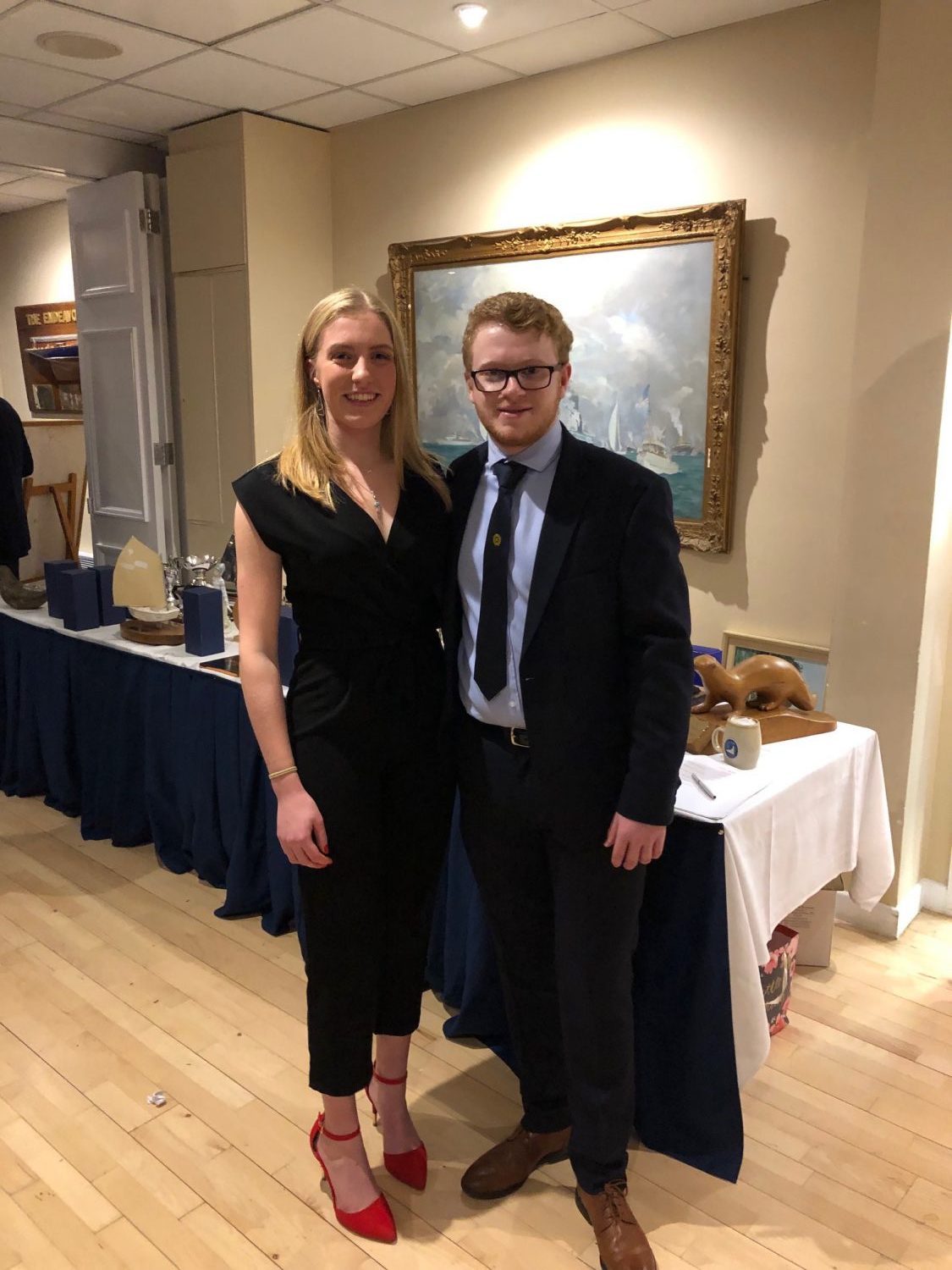 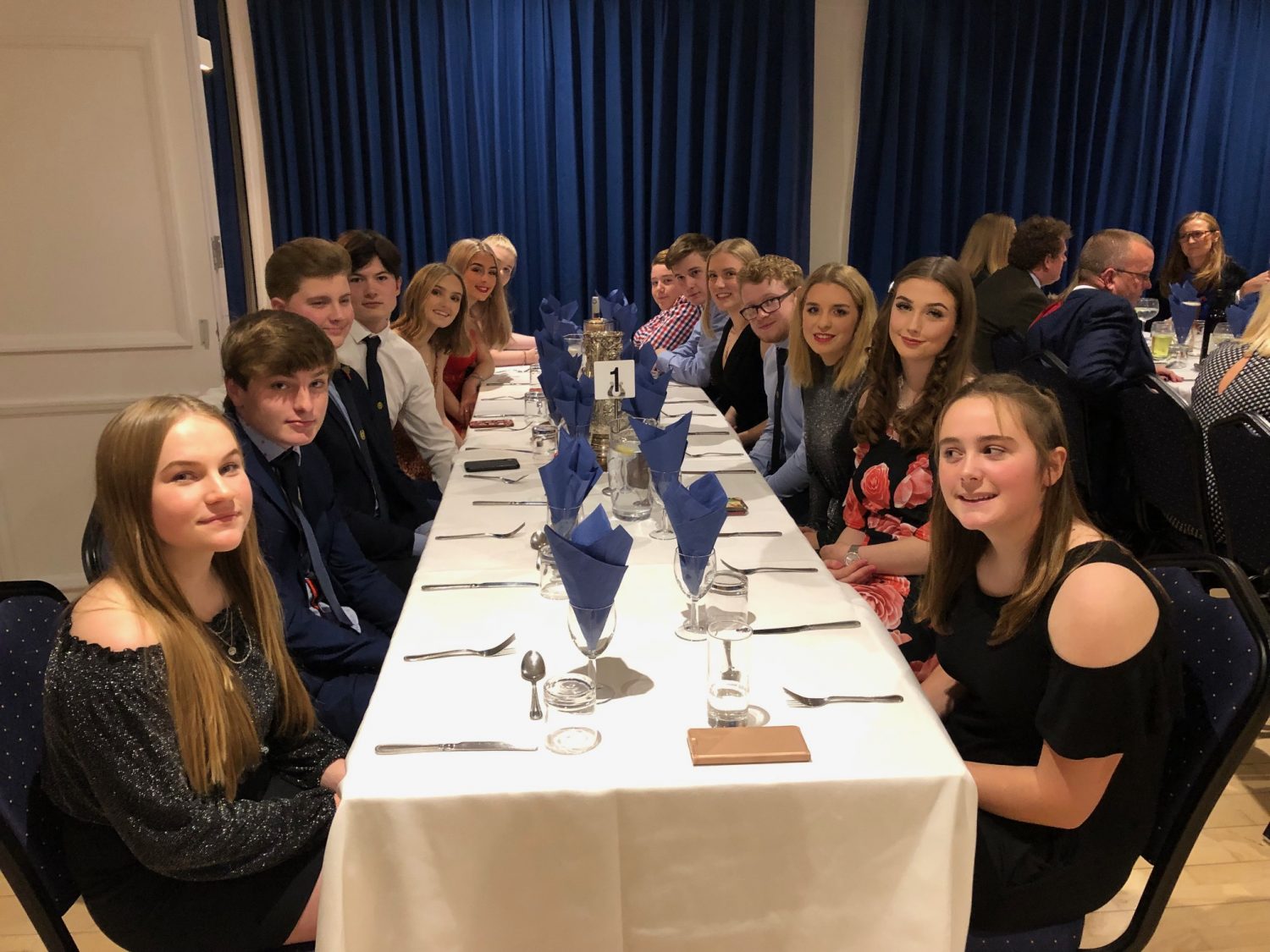 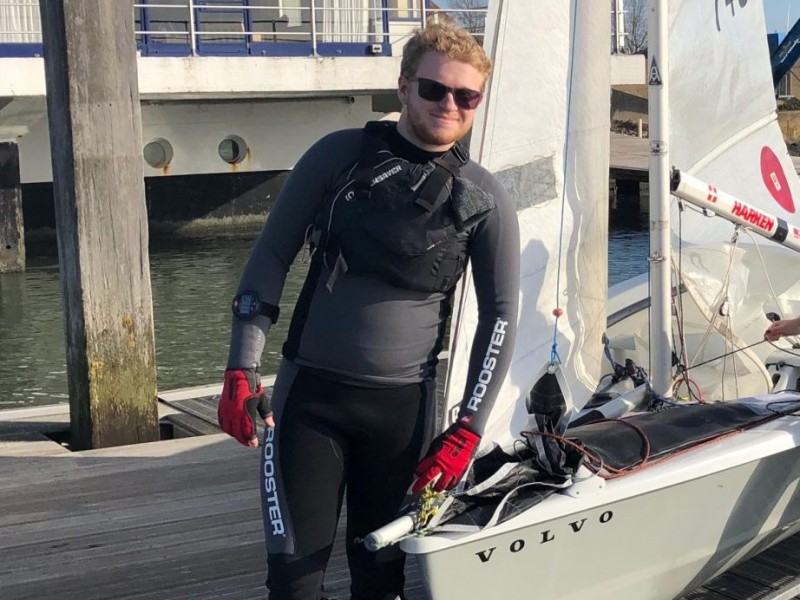 It was a real honour to receive the Black Otter medal – it made my final prize giving very special. I have enjoyed every minute of being an Otter, it has taught me so much over the years. From down on the pond all the way up to the Laser fleet and beyond and now as a fully qualified dinghy instructor, it has been a brilliant experience! The Black Otter will always be incredibly special to me and will serve as a reminder of the amazing time I had at this club. Thank you all for making my time as Commodore such incredible fun – hard work but definitely fun!!