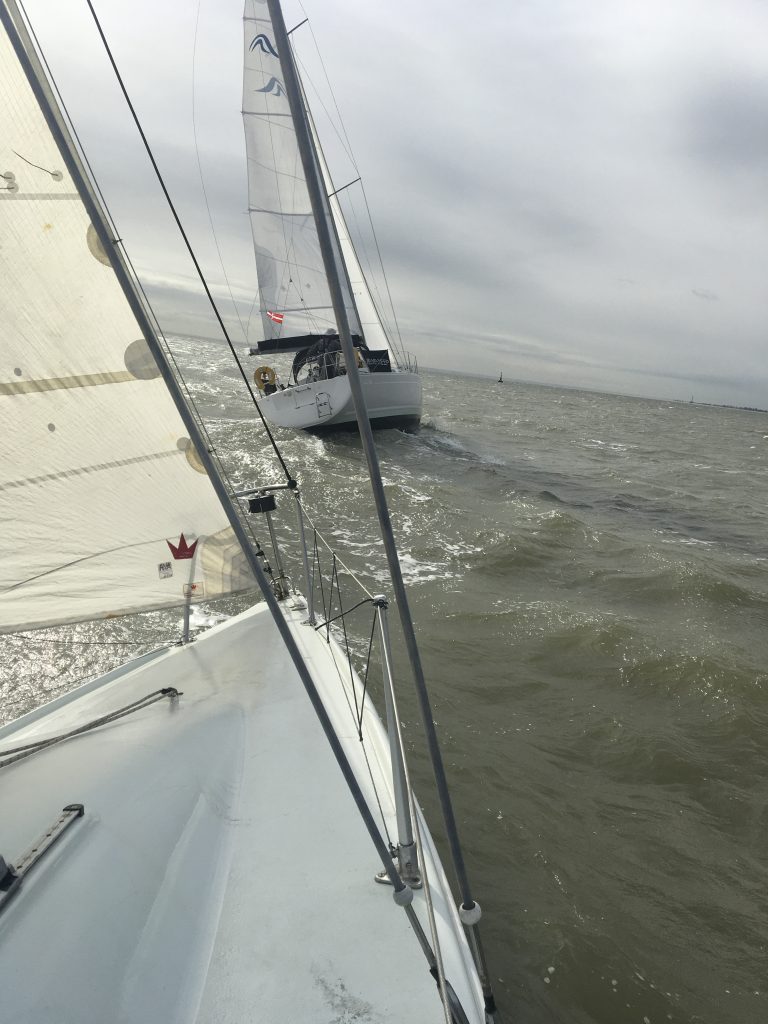 The last event of the Cruiser Fleet 2020 season took place on Saturday having been postponed from two weeks before due to high winds.  There was a healthy breeze from the West on the day making for a comfortable run seawards.

With their cruisers safely cradled ashore James Napier with Steve and Katherine Barham entered a Club owned Hunter 707 (romantically named ‘4’) and won the start but were soon overtaken to windward by the powerful Dehler ‘Lucy Lee’ (Ian & Janice Keam-George).

The 707 was comfortable on the run and held onto 2nd place from ‘Helms Deep’ (Paul Hinkins) and ‘Sonja’ (Anne & Arthur Heasley) as the fleet passed Buxey No1, Whittaker No6 and then completed the near fetch northwards to Swallowtail West.

Despite the weight gains of the recent lock down there was insufficient ballast on the rail of the 707, so the long beat home was spent at a less than efficient angle and ‘Helms Deep’ took a reef in and tacked away to move into second place.  By this time ‘Sonja’ had a problem with a foresail winch which was not ideal with a long beat ahead.

All credit to ‘Sanderling’ (John Waterhouse) who was the only entry in the shorter race intended for smaller and short-handed boats.  Having rounded the Crouch North Cardinal buoy taking in a second reef on a gaff rig whilst single handed proved a challenge and John decided to retire.

Thanks to George Winder for his Committee Boat duties and to Chris Nolan for calculating the results using the RYA NHC system.