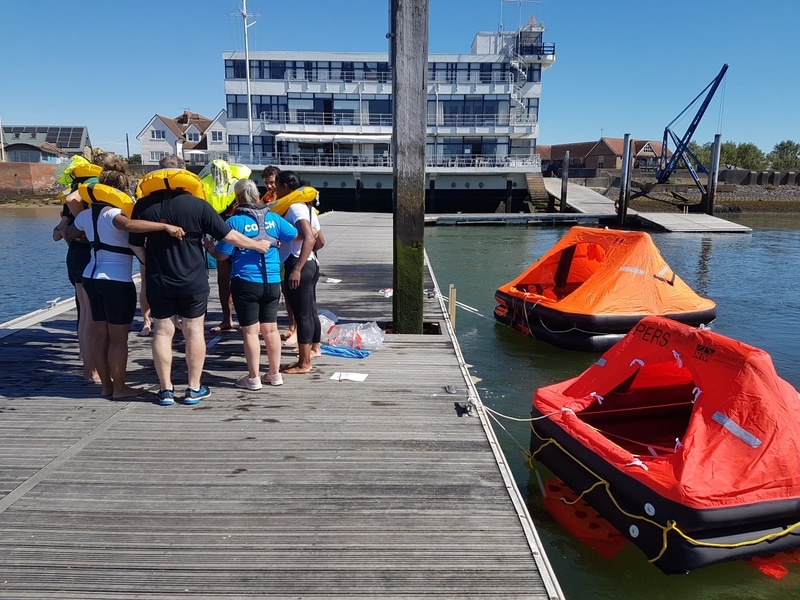 This will be a familiar sight to those around in Burnham in the summer when a group of beginners started training in ocean rowing boats from the Club pontoon.  There was much curiosity at the time as Charlie Pitcher put twelve trainee rowers through their paces – some of them looked well known.  Depending on your age and interests you might have identified a winner of Love Island, an actor from Coronation Street, a politician, a pop star, a supermodel and two Olympians – Denise Lewis and Victoria Pendleton – celebrities in an unfamiliar setting. But the project was under wraps.

Having survived early summer in Burnham (it was not all sunshine) they set off for Cornwall to row from St Ives the length of Great Britain to the West Coast of Scotland. The adventures on the rowing boats will be visible on screen – for the crew of the support boat life was busy but more down to earth. 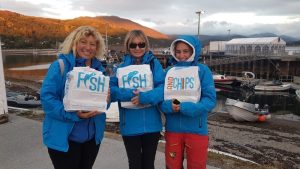 The celebs finished in Lochinver.  Now the programmes – Don’t Rock The Boat can be seen on ITV starting on Monday 2nd November at  9.00 p.m for five consecutive nights.

The Club stayed well represented as Charlie and Rannoch Adventure chartered Jack, with owner Sue Hardy, as mother ship for the film crew.  The whole Pitcher family – with Emma, James and Freddie, were aboard at various times plus Arthur Brown as skipper. 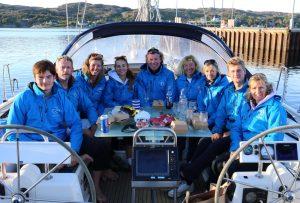 This is the whole production/sailing team  – it’s easy to spot Charlie and Sue in the middle – keep looking and you will see other people more usually spotted on our pontoon.

Sue and John had just sailed Jack, a Hanse 53, back from the Caribbean to Burnham in the spring.  Sue had a month ashore before setting out on what turned into a Round Britain – to achieve a Transatlantic Crossing and a Round Britain in one summer is not too shabby!  She had a birthday while away in Scotland. 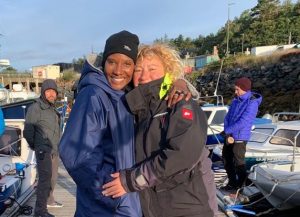 Congratulations Sue – particularly on the bits we won’t see on the TV where they all sailed round the top of Scotland and came home non-stop.