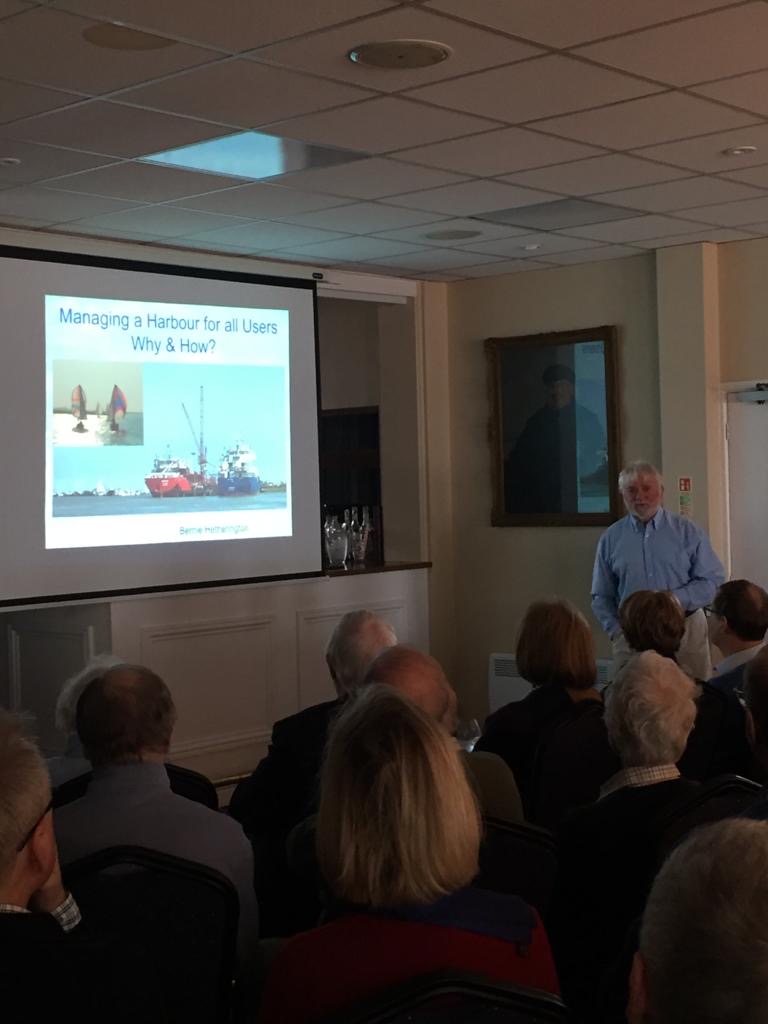 Managing a Harbour for All Users
Why & How

a presentation by Bernie Hetherington

Unlike most Harbour Masters Bernie had a career, not at sea on large commercial ships, but as a sailing instructor.  Boats have always been his passion and although the post of Harbour Master brings with it huge responsibility he thoroughly enjoyed his years as the officer responsible for the harbour at Brightlingsea.

Later Bernie became involved in training potential Harbour Masters along with many other associations with boating organisations including currently serving his last year as Commodore of the Wivenhoe Sailing Club.

When Great Britain’s trade was significantly disadvantaged by corrupt and monopoly practices at ports the Government of the day passed the ‘Harbours, Docks and Piers Clauses Act of 1847’ which is still the legislation in force today.  The legislation is of course amended as the ports and trades evolve leaving modern ports with a huge array of major obligations to the seemingly endless list of stakeholders and government bodies, environment protection being the one obligation that is regularly moved upwards on their list of priorities.

From the legalese of this complicated subject Bernie moved onto photographs and stories of some serious, some humorous, incidents for which Harbour Authorities have to answer or at least participate in justice being brought to an offending party.

Every boat owner attending will have learnt something important from Bernie’s talk.

One might say that as far as we leisure cruisers are concerned; the good news is that we can only be refused safe refuge by a harbour if they can prove we have weapons or other explosives on board, the bad news is that exceeding the eight knot limit in the River Crouch is a criminal offence and can therefore leave you with a Criminal Record.

After some questions to our speaker we adjourned for a carvery meal and that was followed by the usual catching up and general socialising until well into the afternoon.

This was the last of the close season shore based events before we begin a full programme of on the water events throughout the coming season.