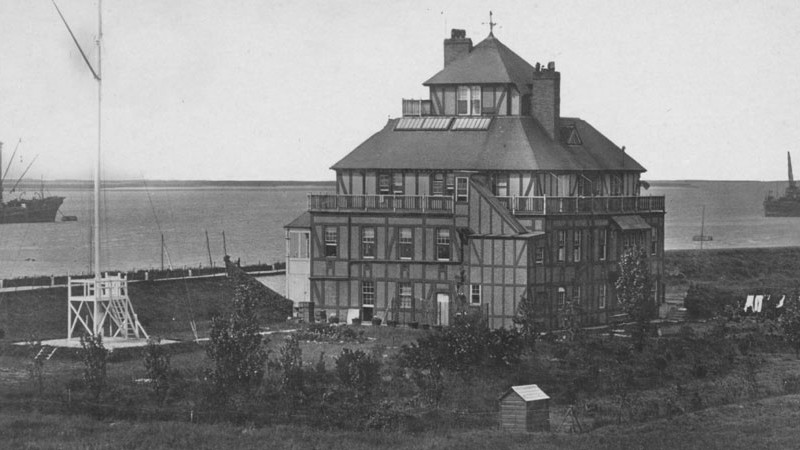 As one reads the records of the Corinthian, one receives the impression that the activity of the Club had begun to dwindle soon after the move to Port Victoria had been completed. In 1904 it is true the new Corinthian One Design was introduced, but the running was really being made at Burnham and not at Port Victoria, and it has to be faced that even at Burnham it was the London Sailing Club in those days who were giving the lead.

In a reference to the success of racing at Burnham in 1910, particularly in connection with the performance of the Crouch 6 Metres, ‘Onlooker’ in Yachting Monthly observed

“that it says much for the enthusiasm of the sporting little club that it has always run a YRA class while its large and wealthier neighbour, the RCYC, has of late years been content to potter along with handicaps and one design classes”.

There was also criticism voiced at the attitude of a club which could adopt two classes so similar as the One Designs at Port Victoria and the Seabirds at Burnham.

Stung at last into action, the malcontents in the Club signing themselves ‘Corinthian’ and ‘Doric’, wrote letters to Yachting Monthly saying that Port Victoria had never been popular, the branch at Burnham was better patronised and that a club that planted its colours in Harwich Harbour should do well. Two letters set the tone:

The officers and committee are almost to a man wedded to the home comforts of the club house and disregarding the wishes of the majority of the members insist on spending money on a club house which every East Coast yachtsman knows is a white elephant.

The attendance at Port Victoria club house is meagre, the yachts off its station are few, the facilities for obtaining stores, etc., in the neighbourhood are non-existent, and yet in spite of this the committee have recently renewed the lease.

Renewal suits the convenience of a small clique who practically live there. The greater part of our funds are expended in supporting a club house which not one member in twenty ever visits whilst every penny spent at Burnham is given grudgingly. The recent amalgamation of the Eastern Yacht Club of England was engineered in the hope of stopping the mouths of the Burnham contingent whose demands for a better club house were becoming too clamorous. If the Port Victoria section think that they have shelved the opposition which had been growing rapidly for the past two years, they are greatly mistaken.

The influence of the RCYC has dwindled with its membership year by year and such new members as they do obtain make Burnham their headquarters and hardly ever visit Port Victoria.

As you say, we may be one of the greatest active clubs but our present position is lamentable. We are ruled by a committee bound by an antiquated and ultra conservative body of men concerned only in bolstering up an expensive house but which provides a comfortable and cheap home each weekend for about a dozen men the majority of whom do not even own a yacht.

The Port Victoria club house is and always has been a dead failure and nine-tenths of the RCYC members are well aware of the fact and would welcome a move to Harwich as you suggest.

The club house is fine, the engravings unique, the accommodation and catering everything to be desired. The house has no approach, one is bitten to distraction by mosquitoes, the surroundings are hideous—oil tanks, stagnant ditches, floating docks, belching chimneys, foul mud, bad anchorage and swift-running tides are some of the evils. Godforsaken it is, the sooner tradition and sentiment are foundered and common sense reigns, the sooner will the R.C. retake its almost premier position in the yachting world. I agree with the mouth or upper reaches of the Orwell.

These two letters are not quoted in full.

Our members of today, though capable of verbal representations of equally penetrating and devastating character, fortunately do not express themselves in writing at such great length – perhaps because they are unable to spare the time.

And talking of sparing time one ought to record that a famous member of the early 1900’s. E.B. Tredwen, pioneer of barge yachts. In a letter to Yachting Monthly in 1912, he described himself as being of 1852 vintage and the youngest of three aboard The Pearl, a 35 ft. barge yacht of his own design, in a severe gale and never experienced a moment of anxiety. He was also prominent in sailing canoe design and racing. His name and that of his famous barge yachts are still remembered by many on the Crouch.